The move by many states to cancel pandemic-era unemployment programs early to spur hiring doesn’t appear to be working, according to one metric. Job seekers in states that will eliminate those programs over the next week haven’t accelerated their online searches for new jobs, new data from Indeed found. In fact, job searches have actually fallen off in those states.

Twenty-five GOP-led states plan to opt out of federal unemployment programs this month including the popular $300 weekly bonus — with cutoff dates for 10 states coming between June 12 and 19.

Idaho, Indiana, Nebraska, New Hampshire, North Dakota, and Wyoming are part of the second wave of states canceling benefits on June 19. Similarly, job search activity there also ticked up by 1% after the states’ announcements, but is now down 2% from its pre-announcement levels.

“If there were an increase in relative search activity because of unemployment benefits ending, you would expect to see a bigger increase [in search activity] in the states cutting those benefits off sooner,” Kolko said.

Several studies have found that the extra pandemic-era unemployment benefits largely don’t keep workers from accepting new jobs most recently a paper by the Federal Reserve Bank of San Francisco.

If seven out of 28 unemployed workers received job offers they would normally accept, only one declined because of the extra $300 in weekly unemployment benefits, the paper found. “It’s unclear how important the UI benefits are,” Kolko said. “Other factors like continuing concerns about getting the virus, the burden of child care and other caregiving responsibilities, and other factors may also be holding people back.”

‘There’s nothing for you from the state program’ 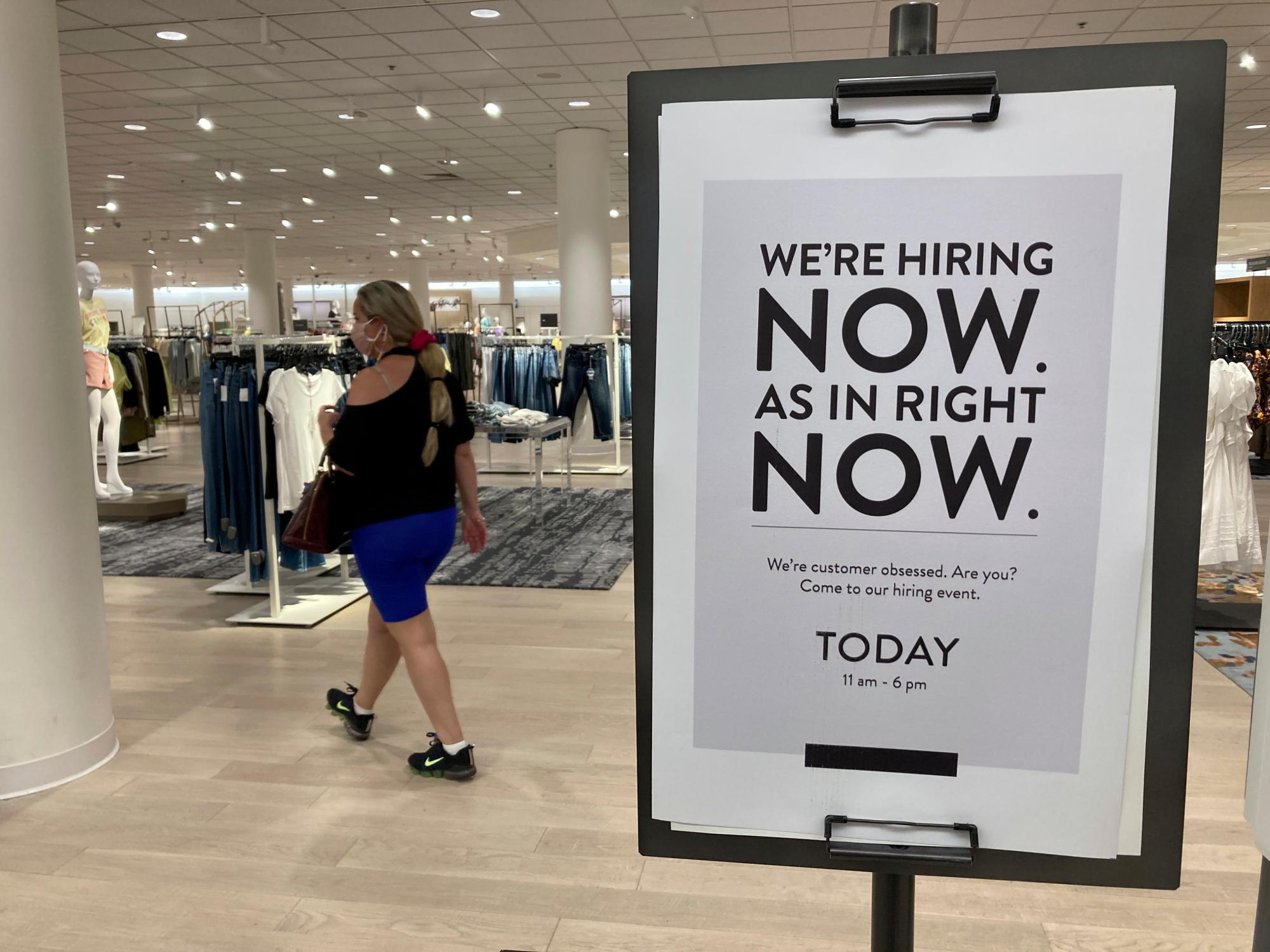 Massachusetts and Vermont are the only states with GOP governors that have not yet canceled the federal programs.

Twenty of the 25 states are getting rid of all federal unemployment programs, including the Pandemic Unemployment Assistance (PUA) for workers who don’t normally qualify for benefits and the Pandemic Emergency Unemployment Compensation (PEUC) that provides extra weeks of benefits.

Alaska, Arizona, Florida, Ohio, and West Virginia are only pulling out of the extra $300 weekly supplement. The federal programs are set to expire on September 6. Around 4.5 million workers in those 25 states stand to collectively lose $25.2 billion in benefits, averaging out to potentially thousands of dollars per worker, according to an analysis by the Century Foundation.

“By pulling out these benefits in those states, there’s basically nothing there for most people,” Andrew Stettner, an unemployment insurance expert and senior fellow at the Century Foundation, told Yahoo Money. “The state benefits only last as much as 26 weeks. In some states, it lasts even less. So if you lost your job last year, there’s nothing for you from the state program.”