Sex is one of the best ways to build intimacy and connect with your partner. When you’re both naked, bodies touching, sensually moving together while keeping each other’s gaze, the atmosphere is very romantic and pleasant. But sometimes, you just don’t want to do it sweet and soft. Sometimes, you just want to be thrown on the bed and railed until you forget your own name or which city you live in.

More and more people are interested in venturing outside their usual experiences to explore the concept of rough sex and what it has to offer. So, what exactly is rough sex, and why do we crave it?

What Is Rough Sex?

It’s not easy to define what exactly rough sex is, as the definition of what “rough” is, varies from person to person. But the general definition of rough sex is any sexual activities that involve pain or that are aggressive.

What Rough Sex Is NOT

Rough sex is sexual activity between two people who both consent to activities taking place and both equally enjoy it. If parties involved in rough sex are not both consenting and enthusiastically enjoying it, or there was a lack of communication for such activity from either side, then it’s not rough sex. It’s a sexual assault and serious crime.

If you’re interested in exploring rough sex, it should be clear that you communicate with your partner and agree that both of you are interested in trying out something outside the vanilla sex before you do anything.

Why Do We Enjoy Rough Sex? 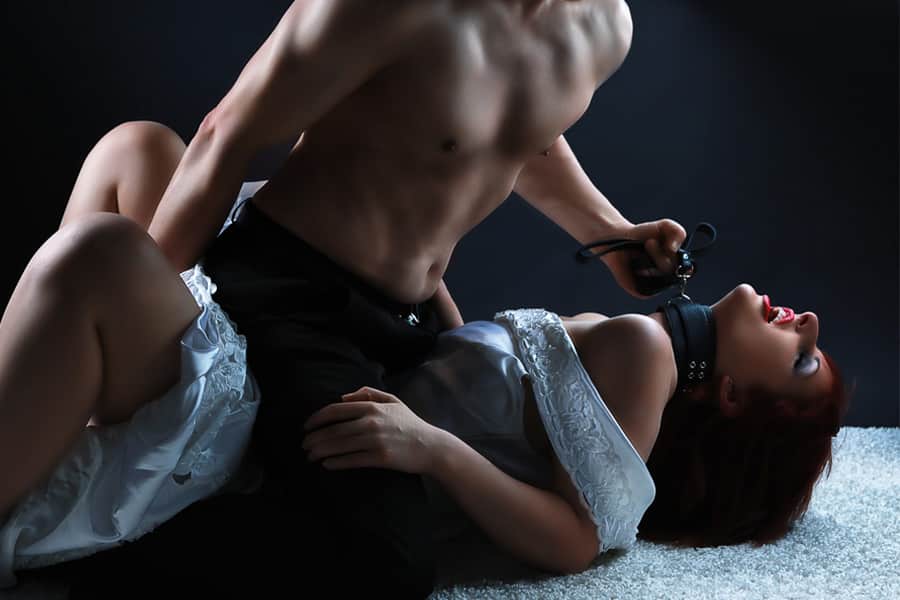 He writes, “men and women alike reported that it tended to be more arousing and that their orgasms were more intense.” This alone is a valid explanation for our need to indulge in rough sex as it has a better payoff in terms of more intense orgasms.

During rough sex, men tend to thrust harder, moving faster and more vigorously, which also has an effect on how sex feels, especially for women. Dr. Justin Lehmiller writes, “women reported reaching orgasm faster… faster orgasms might be part of the appeal of this activity to women.” The pleasure gap is a real thing, and women are the ones suffering because of it. If rough sex enhances the sexual experience and gets women faster to the finish line, then the fascination with rough sex is a reasonable thing.

The Connection Between Pain and Pleasure

Sometimes, rough sex will involve pain from spanking, choking, or in some other cases, consensual physical violence like punching. Pain is usually an emotion we’re trying to avoid as humans, as it indicates to us that it’s a dangerous activity and can result in death. This is why we learn to avoid things like touching a hot stove or playing with knives at a very young age.

However, the relationship between pain and pleasure is way more complex than pain, indicating a threat to us. A study published in Nature Reviews Neuroscience shows that sensations of pain and pleasure activate the same parts of our brain. Whenever we experience pain or pleasure, the brain region involved in the reward system, regulating the motivation-driven behaviors, lights up the same way.

So, whenever you’re engaging in rough sex activities and enjoy them, your brain releases happy hormones, which in turn make you want to engage in the same activity more in the future. It’s also important to mention that we don’t feel pain the same way in positive environments and negative ones.

Research shows that the sensation of pain tends to decrease when we’re experiencing pain in a positive environment, for example, when we’re having sex with our partner. So, the pain we experience during rough sex play doesn’t feel the same way if you were attacked on the street. .

Another reason why some people tend to engage in rough sex is looking for a way to spice up their sex lives. Dr. Justin Lehmiller writes, “among the more common triggers were the need for sexual novelty (in other words, just wanting to try something new and different).”

Dealing With Trauma Through Rough Sex

For the longest time, there has been a misconception that people who are kinky and enjoy sexual experiences outside of the vanilla sex are somewhat “damaged” or struggle with mental illnesses. Sex experts and psychologists have denied this to be true throughout the years. One doesn’t have to suffer from mental illness to enjoy kinky or non-traditional sex.

Samuel Hughes, a psychological researcher at the University of California, Santa Cruz, researches people’s kinks and how they develop and affect their lives. During his time researching, he had noticed that some people who enjoy kinky sex had experienced trauma and hardships in their lives, even though they’re not the majority.

He discovered that some people who had those experiences use their kinks as a way to relive those hardships and traumas with the sense of having control over it and healing.

Hughes writes, “for example, a sexual assault survivor might initially feel afraid, weak, and powerless during their actual sexual assault. However, simulating that assault via consensual roleplaying with a trusted partner can help them feel powerful (because they consensually negotiated and agreed to it, and can use a safeword to stop the scene), strong (because they feel they can get through whatever physical pain or intensity comes their way), and brave, for facing what can often be dark times in their past head-on.”

So, some people might enjoy rough sex play as it helps them regain control over what had happened to them, finding their way into healing from trauma and hardship. 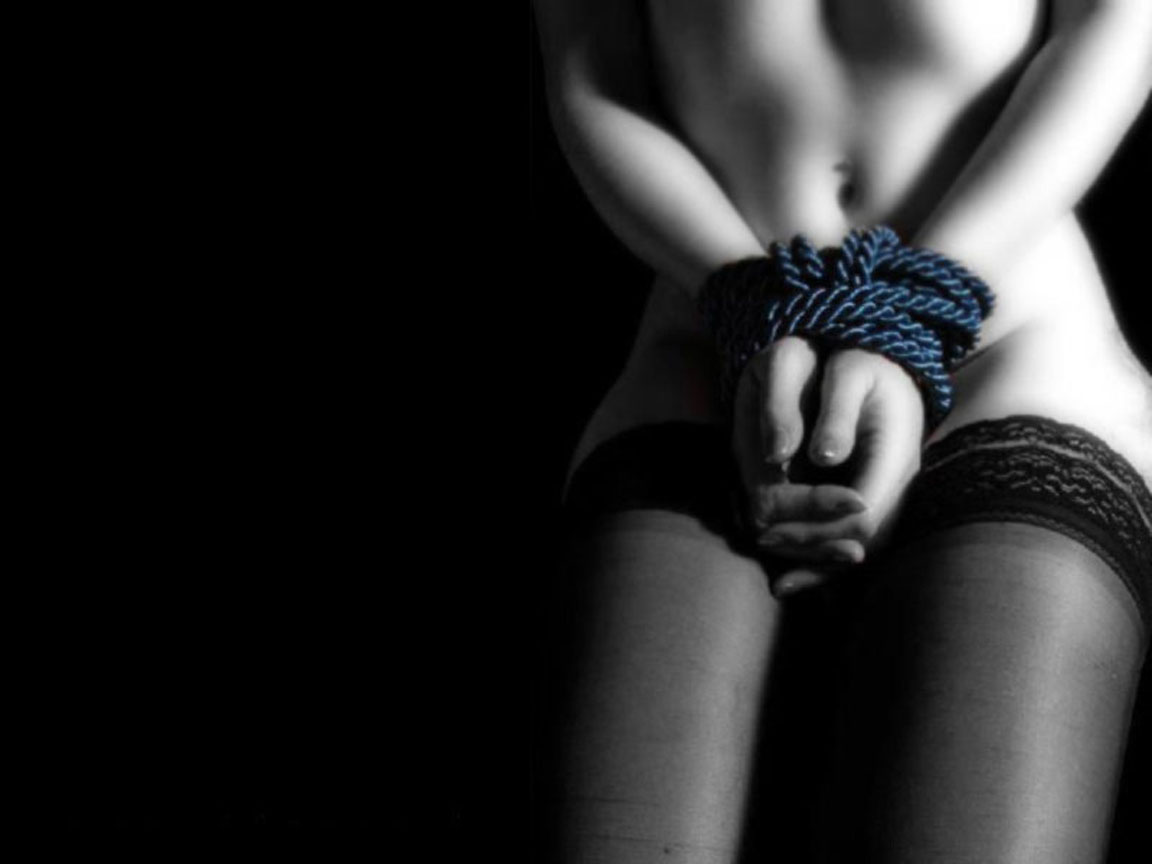 For this reason, if you’re interested in engaging in rough sex with your partner, you should be open and honest and don’t just go with it, assuming your partner is on board. Consent is important for any sexual activity, but it should be extremely clear when it comes to engaging in aggressive sex, which can be violent and triggering for some people.

Clearly Communicating Your Wants and Needs

If you’re interested in exploring violent sex with your partner, the first thing you should do is communicate your wants and needs. It might not be the best way to introduce rough sex play by simply jumping your partner or start choking them in the middle of intercourse. You can never know what could trigger them or how they would feel, even if your intentions are to seduce or spice things up spontaneously.

Setting boundaries and even coming up with safe words are crucial for a healthy and safe aggressive sex play. When you’re communicating your needs and wants to your partner, it’s important to let them know how far you’re willing to go and what makes you uncomfortable or is your no-go zone.

If your partner finds something arousing, while you don’t, don’t be pressured into an activity that’s uncomfortable for you. It’s also a good idea to stay on the safe side and have a safe word if you intend on engaging in rough sex play, which involves roleplaying. This way, you can enjoy the roleplay while still having a safe way out if things get uncomfortable.

Plain Ol’ GOOD Sex Positions That Will Get You Both Off

Letting Go Of Toxic People Including Your Mother