A Miami rapper known as Tigoose was supposed to perform at a rap concert at El Mula Banquet Hall on May 30, when three people were fatally shot and 20 others wounded. He was not injured in the mass shooting that garnered national attention and came amid a wave of bloodshed on the streets of Miami-Dade County.

But just five days later, Christopher “Tigoose” Ozuna, 28, was killed in a fiery car crash near Liberty City last Friday, authorities and relatives say. “It’s crazy. He dodges bullets and then he died like that,” his girlfriend told the Herald. “He was traumatized seeing his friends die like that.” 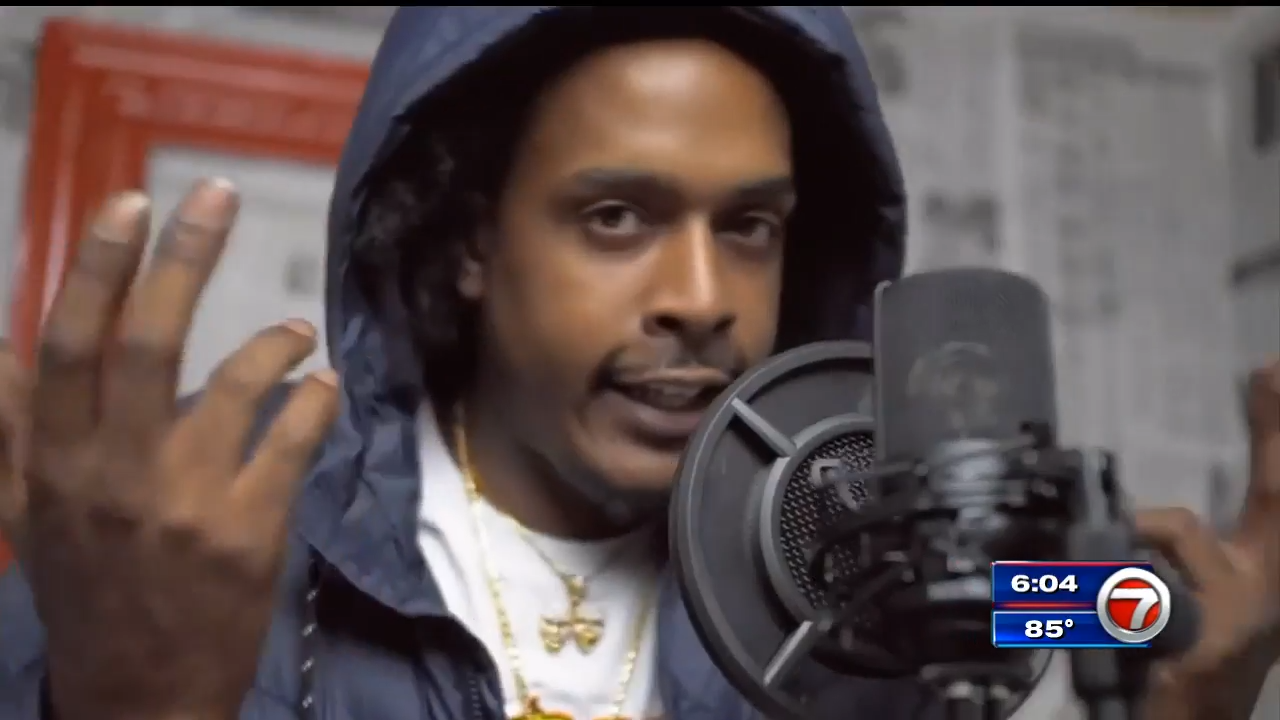 Ozuna’s car was destroyed in the Friday morning wreck, leaving the driver badly burned. Relatives on Tuesday said they have little doubt he was killed, but they are waiting for official confirmation from the Miami-Dade Medical Examiner’s Office, which is awaiting dental records to make a positive identification.

“I want to have closure in my life and bury my son,” said his father, Gustavo “Goose” Ozuna. According to family, Ozuna was driving an Infiniti G37 vehicle that crashed into oncoming traffic last Friday just after midnight on Northwest 79th Street at 10th Avenue, colliding with another car. A passenger in his car, Jeremiah Rollins, 18, also died in the crash.

A pregnant woman and six children were in the second car — which burst into flames. They were taken to Ryder Trauma Center in stable condition. Footage of the aftermath, aired by WFOR-CBS4, shows the car engulfed in flames.

It was unclear whether there was any connection to the feud that sparked the shooting at the banquet hall. Relatives said they believe a third car may have been pursuing Ozuna’s, citing surveillance video they say they have seen of that third car fleeing the scene.

The Miami-Dade police department has not released details on the traffic-homicide investigation. Relatives said Ozuna grew up in the Liberty City area, and had two young daughters, ages 6 and 3. He’d been trying to make a living as a rapper, they said. “He said he was going to make it to the top,” said his girlfriend, who asked not to be named.

Ozuna had been scheduled to perform at the album release party for his friend, rapper ABMG Spitta, whose real name is Courtney Wilson. On Instagram, Wilson and other of Ozuna’s friends have been posting numerous memorial photos of him since the crash.

At least three masked gunmen, in a Nissan Pathfinder SUV, opened fire at the crowd outside the banquet hall on the 7600 block of Northwest 186th Street. Killed were Desmond Owens, 26, and Clayton Dillard III, 26.

Shankquia Peterson, 32, died from her wounds a few days later. Gunfire erupted in at least three parts of the parking lot, as possible return fire, and nearly 100 spent bullet rounds were found at the scene.

Miami-Dade police detectives have not said whether they know exactly who was being targeted in the shooting. Investigators were still trying to untangle possible social-media feuds involving any of the rappers who hosted the show. No arrests have been made.

A lawyer for ApeLand Records, one of the groups that put on the show, told the Herald last week that the rappers were not involved. “We don’t know anything about that. We’re just a record label,” said Miami Gardens attorney Martin Gilliam. “We have young gentlemen just trying to make their name in the rap game. As far as gang activity, that’s not us. That’s not what we’re about.”