We live in a world where putting your business on public display is a must to stay relevant. Whether you’re a social media influencer or an average person trying to live your best life, you’ve quickly realized that the more intimate details you share, the more popularity you receive. But at what cost?

This week, singer and actress LeToya Luckett announced her split from husband Tommicus Walker after three years of marriage. Luckett wrote on Instagram that “after very prayerful consideration, Tommicus and I have decided to get a divorce.” In the act of solidarity, Luckett asked her followers to “please understand our need for privacy.” How do you ask for privacy when you posted on social media about the problems in your marriage? While a nice sentiment, it’s too late for that. 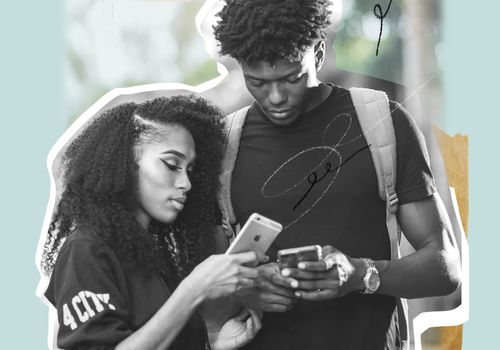 Back in the old days, folks kept their relationships private and under wraps. How many of you admire the way your parents’ or grandparents’ marriages stood the test of time? If you do, have you wondered how they made it work?

It’s because Facebook, Twitter, Instagram and TikTok didn’t exist. Their privacy was intact, therefore limiting the chances of being judged and scrutinized. Not to mention that people met the traditional way through mutual friends or social events, not on apps like Tinder, Bumble and Plenty of Fish.

According to Statista, a company specializing in market and consumer data, from January 2013 to June 2018, there were an estimated 1 billion active monthly users on Instagram. Approximately 64 percent of those users are between the ages of 18 and 34. The U.S. Census Bureau reported that the average age of men and women who get married for the first time is 28 years old. These statistics place marital relationships within the bracket of those consistent and loyal Instagram users. During the most crucial years of matrimony, obtaining “likes” and “follows” are more important than developing your relationship. Happiness shouldn’t be based on others’ approval. Posting selfies in which you appear to be the perfect couple has become more important than personal intimacy. Simply put, oversharing has now become a game.

For instance, Denzel Washington has been married to Pauletta Washington for 37 years, and while I’m sure their marriage has hit low points, mainstream media had no clue. Validation wasn’t needed through comments on Facebook and Instagram photos, nor did openly expressing your problems become a hot topic. But why is oversharing so damaging? Keep reading to find out three ways social media is hurting your relationship.

It sets up unrealistic expectations. Stop comparing your man or woman to what you see on the internet. It’s a setup for failure.

It causes trust issues. Slipping into the opposite sex’s DMs will only lead to trouble.

It increases the chance of having an affair. With just a few clicks, emotional connections develop, and you no longer see your partner the same way. Put your phones away. Have a deep and meaningful discussion about life, dreams, beliefs, fears and vulnerabilities without putting it on Gram.

When your emotional foundation isn’t stable and boundaries aren’t established, your relationship will only be as good as the likes, hearts and applause you receive from everyone other than your partner.

Plain Ol’ GOOD Sex Positions That Will Get You Both Off

Letting Go Of Toxic People Including Your Mother